Since we published the post of how to make the patterns of the last coat of Daenerys, you have not stopped asking us when we were going to have a PDF pattern of Game of Thrones.

Well, that day has arrived but don't think it has been easy. Game of Thrones wardrobe is a display of creativity, craftsmanship and pieces that are true masterpieces. That is why it has been so difficult to choose a model in which to inspire our pattern.

We have decided on the blue dress that Daenerys Tararyen is wearing in season 3. It is an apparently simple dress, sleeveless and with pointed shoulders so characteristic in Daenerys. The pattern and instructions can be downloaded here, however it isn't only the clothing that makes this dress something really wonderful, but its embroidery.

This dress has an embroidery that gives the texture of dragon scales. It's born on the shoulders and is extending throughout the dress in three stages as the embroidery changes as Daenerys is stronger. At each stage it becomes more intense and recharged. It seems that the embroidery had a life of its own and branched off through the garment. Here we can appreciate this progression.

So that you can reproduce better, we explain how to make the texture with the technique "american smocking".

First we must have the embroidery template and mark it in the reverse of the fabric. Here we provide you with the squares of 1.5 cm side (to the right of "more information" you will find a "download" tab), but you can make it bigger or smaller as you like. The stitches should be only a few threads each, they shouldn't be seen on the right side of the work.

Let's try to explain the process with words and pictures:

Insert the needle at point 1 and secure the thread with a back stitch.

Give a stitch in the points of the right triangle (points 2, 3 and 4) and stretch the thread until the fabric is folded. Here we will make a small knot or back stitch to hold it together.

Give a stitch in point 5 and secure the thread with a back stitch.

Give a stitch in the points of the left triangle (points 6, 7 and 8) and stretch the thread until the fabric is folded. Here we will make a small knot or back stitch to hold it together.

This sequence will be repeated as many times as we need. At first the form isn't seen, but as you progress you will see in the gathers arrows that form the dragon scales.

You have to do a test first because the fabric shrinks a lot. Here you can see how much he has shrunk more than half.

When we have finished it, you have to iron it well.

These pieces are sewn to the dress and are interlaced between them with the "lock stitch" made in golden thread. This last stitch is the one used to cover the entire bust in the last transformation of the dress.

The "lock stitch" in very simple. First you have to embroider some vertical stitches in parallel and then interlace a thread up and down as indicated. The original embroidery is very precise and squared, but in the dress, its author Michele Carraghe makes it irregular and slightly disordered. Ours has not been as well as hers, but with practice, we're just coming out ... 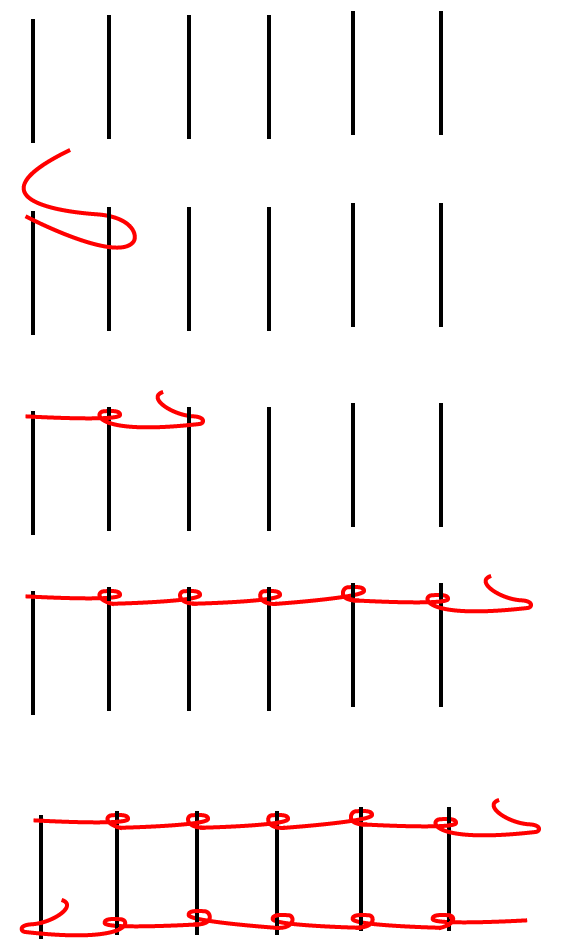 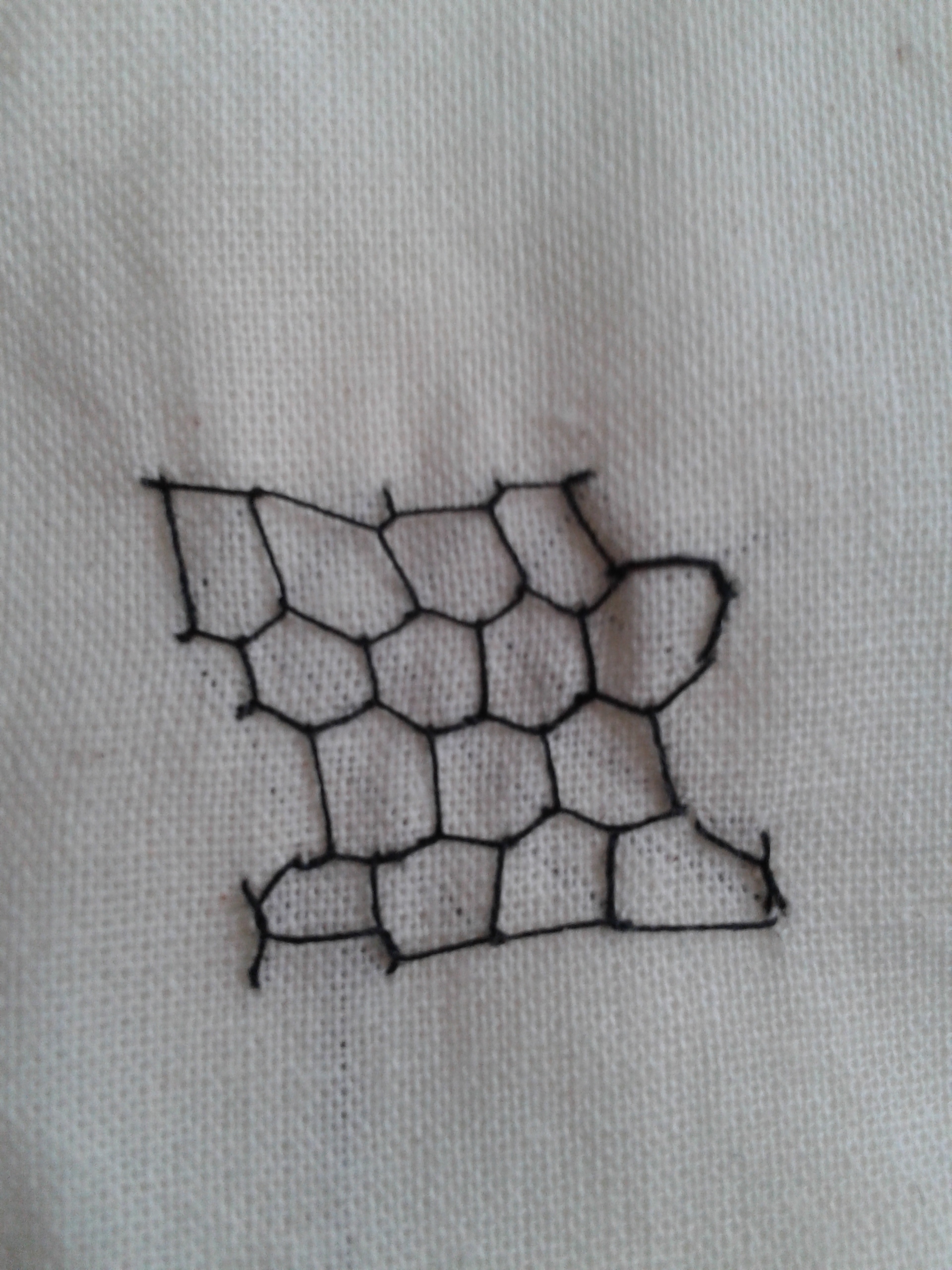 With this stitch is randomly stitched the textures of scales to the dress.

And that's all! Simple enough?